Despite Its Appearance, India’s Abortion Law Is Motivated By Population Control Logic Rather Than Protecting Women’s Rights.

The MTP Act prioritises reproductive control over women’s health and rights. In the recent case of Dobbs vs. Jackson Women’s Health Organization, the United States Supreme Court decided to remove constitutional protections for abortion. As a result, when compared to other countries, the United States’ policies and laws are unique. At a time when many governments are relaxing their regulations regarding care, the United States has opened the door to the possibility of outlawing legal abortion.

Because of a recent amendment to the Medical Termination of Pregnancy Act, abort procedures are now legal in India until 24 weeks of gestation, and even later in the case of “substantial foetal abnormalities.” This country appears to have very lax abortion laws when compared to others. It is not so simple, however, to compare an ostensibly liberal law in India with a more restrictive law in the United States.

Despite the fact that abortion became legal in India fifty years ago, access to safe and legal abortion care remains severely limited. As a result, unsafe abortions continue to be a factor in 10% of all cases of maternal mortality.

This is because abortion care is not considered a fundamental right of women or those who may become pregnant in the future under Indian law. The document does not guarantee these rights because it does not explicitly mention abortion, which is an integral part of women’s right to reproductive, bodily, and sexual autonomy. These restrictions significantly limit the scope and significance of abortion rights.

Since the colonial era, India’s reproductive policies have been shaped by a long history of both criminalising abortion care and attempting to control population growth. The current abortion landscape in India has a long history. We can better understand the current contradictions between a seemingly liberal legal position and restrictions on the provision of abortion care in practice by looking back.

When the East India Company controlled much of the world in the early nineteenth century, the only time the law paid attention to abortion was when a pregnant woman died as a result of it. This position was consistent with British common law, which permitted abortions until the mother could feel the foetus move freely. During the “quickening” stage of pregnancy, abortions were performed.

The Indian Criminal Procedure Code was stricter when it was finally implemented in 1862. It outlawed abortion completely and increased the penalties already in place. This change reflected revisions to British common law made in the final decades of the nineteenth century. These changes began to prioritise the life of the foetus while downplaying the significance of “quickening” at the time.

Although abortion was illegal in colonial times, the government rarely pursued criminal charges if the pregnant woman lived. However, criminalising abortion accomplished two things: it made it more difficult for women to obtain safe abortion care, and it reinforced the notion that abortion is not a legitimate medical treatment.

For more than a century, the abortion restrictions imposed by colonial law remained largely unchanged. The Medical Termination of Pregnancy Act of 1971 made abortion legal in the United Kingdom up to 20 weeks into a pregnancy. The procedure, however, could only be performed with the permission of a Registered Medical Practitioner who held the appropriate procedure licence. A Registered Medical Practitioner is authorised by law to determine whether or not an abortion is medically necessary, and the law specifies the specific circumstances under which an abortion may be lawfully performed.

These changes were not prompted by the Medical Termination of Pregnancy Act due to concerns about women’s rights. Furthermore, it did not establish a person’s decision not to have children as a legitimate justification for legal abortion. Instead, the government claimed that a change in the law was required on “humanitarian, health, and eugenic grounds.”

During the bill’s Lok Sabha debates, lawmakers raised the issue of rape-related pregnancies and the need to legalise abortion as a humanitarian solution to sexual violence. They expressed concern that unsafe abortions were endangering women’s lives and even killing them.

The act’s eugenic justifications for legalising abortion primarily cited disability concerns. The lawmakers argued that allowing abortions when a “foetal abnormality” is detected would improve the health of children, families, and the general population.

The Medical Termination of Pregnancy Act was written and enacted in India during a strict population control campaign, and it did more than just legalise abortion as a basic reproductive right. This campaign’s goal was to reduce the birth rate by any means necessary. Beginning in the 1960s, when “population bomb” fears first surfaced internationally and in India, the Indian government made limiting the number of children women could a top priority.

Due to the pressing need for population control, new contraceptive technologies such as intrauterine devices and surgical sterilisation procedures were widely implemented. More importantly, it shaped reproductive healthcare delivery by prioritising family planning goals over maternal and child health. Target and incentive systems, which have the potential to be coercive in their effects, failed to account for women’s reproductive choices.

Govt. passed the Medical Termination of Pregnancy Act in 1971 in response to widespread concern about the world’s population at the time. While the government did not name population control as one of the new law’s “objects and reasons,” it did make the inability to obtain a contraceptive a legally acceptable reason for abortion.

Members of the Lok Sabha have used this clause to argue that women should have access to abortion if other forms of family planning fail. They thought it was contradictory for a country that wanted to control its population to criminalise abortion.

The legalisation of abortion in the act was based on a population control logic that prioritised controlling female reproduction over protecting women’s health and rights. On the basis of this reasoning, abortion became constitutionally protected. The law shifted the burden of determining a pregnant woman’s legal abortion eligibility to her doctors rather than placing it squarely on the pregnant woman’s shoulders. As a result of these laws, the availability of safe and legal abortions has been drastically reduced, forcing women to seek out unproven and potentially dangerous alternatives. This was demonstrated in a recent study on the subject.

Even after it was revised, the Medical Termination of Pregnancy Act did not fully legalise abortion. It did legalise these procedures under certain conditions, such as when performed by a doctor, and for specific reasons. Other types of abortion remained illegal.

In 2021, a law amendment allowed abortions to be performed up to 24 weeks into a pregnancy. When “substantial foetal abnormalities” are present, abortion is legal at any time during the pregnancy.

The fundamental framework of abortion laws, however, has not changed. Despite widespread efforts to make abortion illegal, it remains legal in some jurisdictions. For the time being, individual doctors and medical boards must decide whether or not a pregnant woman has the right to an abortion. The lives of disabled people are still undervalued, and abortion access is still governed by eugenics-based assumptions. Abortion, in the end, is not part of a pregnant woman’s reproductive rights or bodily autonomy.

While there is still a long way to go before abortion is legal in India, this may appear to be a significant victory in comparison to the United States, where many state legislatures are working quickly to outlaw it completely. However, by focusing solely on the extremes of the United States’ restrictive policies or India’s permissive policies, we miss out on other viable options.

The devastating consequences of the Dobbs decision in the United States demonstrate that these rights are vulnerable and must be strengthened immediately. It is more important than ever to recognise the centrality of our broader rights to reproductive healthcare and autonomy.

Mytheli Sreenivas is a modern Indian historian who specialises in reproductive politics in India. “Reproductive Politics and the Making of Modern India,” her most recent book, is titled. 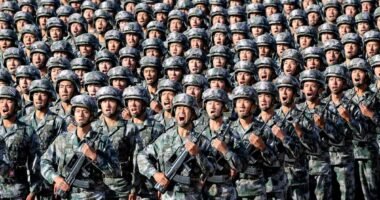