In Destiny 2, Who Won The Vow Of The Disciple Raid World First Race?

The World First Race for Destiny 2’s new Vow of the Disciple Raid is about to begin. As is customary, we will provide a live update of the action here as we attempt to keep track of who is in the lead. Things can and will get hectic, but we will do our best to watch 20 streams at once and keep you all updated. Remember, things will start slowly, and everyone will be in the same spot for a while, but it always gets extremely interesting after a couple of hours. Who was the winner of the World First Race? Bungie is on the case right now, at 17:21 PM PT.17:18 PM PT – It appears that Saltagreppo, Moople, Kyros, Cruz, Quazz, and Slap did it, but Bungie, not me, will need to confirm this.17:15 PM PT – They need to get to Orbit as soon as possible. From what I can tell, Salt and company are World Champions, but I could be mistaken. It’s difficult to keep up with this stuff. Salt and the team’s final phase was clinical.17:14 PM PT – They figured it out. 17:13 PM PT – Salt and the team enter the final phase with a firm grasp on the Last Stand mechanic, and their best DPS phase is still fresh in their minds.

This very well could be it. The boss is on fire right now.17:08 PM PT – And JUST AS I SAY, Salt’s group absolutely nails a Rockets and Snipers damage phase and has set themselves up for a potential win in the next phase IF they can get through the Last Stand.17:06 PM PT – They’re down to their last health bar but can’t get through the Last Stand mechanic fast enough. That was such a close call for ExBlack’s team to have the finish right there. Datto and Salt are now in position for a possible steal, but they haven’t been able to deal the same amount of damage as ExBlack’s group.17:04 PM PT – They’ve just entered the damage phase. If they keep their cool, this is almost certainly theirs.17:02 PM PT – ExBlack’s team is on the verge of a victory.

The damage done in the first two phases was impressive, and they definitely have the damage to do it in the next one, IF they can survive. Because of how the wipes have performed, they are out on their own, creating a low-pressure situation, assuming they are even aware of what the other teams are doing.16:58 PM PT – And Salt’s team run out of revives with only a few percent of the boss’s health remaining. They definitely have the damage done; all they need to do now is try to reduce the number of deaths.16:56 PM PT – Datto’s team just wiped after a strong DPS phase, and Salt’s team is dangerously close to doing the same right now.16:48 PM PT – As more teams converge on the boss, it becomes clear that the problem is attempting to do enough damage within the available DPS phases. Teams that feel compelled to stay in the fray and do damage until the very last second is causing deaths and costing them revive. The first team to solve this problem will be very close to bringing it home.16:45 PM PT – Gladd’s team has reached the final boss.16:21 PM PT – ExBlack and Saltagreppo’s teams are neck and neck in terms of damage, with both teams down to about a third and falling at the same hurdles. This could be a nail-biter. 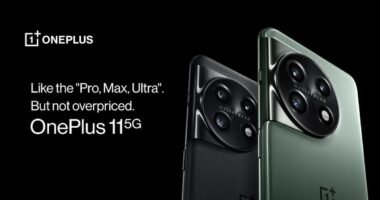