The Unprecedented Violence That Took Place In 2018 And Led To The TMC’s Uncontested Victory In A Record Number Of Seats Cost The Party Dearly In The 2019 Elections For The Lok Sabha.
Total
0
Shares
Share 0
Tweet 0
Pin it 0

During a meeting with party leaders from the Purba Midnapore district unit on Tuesday, Abhishek Banerjee, the Trinamool Congress’s (TMC) all-India general secretary and a Lok Sabha member, reportedly instructed party leaders not to tarnish the party’s image with violence during the upcoming panchayat election.

“It’s better to lose a few panchayat seats than to damage the party’s image through violence,” Abhishek Banerjee is quoted as saying. We must concentrate on the upcoming conflict in 2024. According to Firoza Bibi, the Member of Legislative Assembly for the party’s Panskura Paschim constituency in the district, “he made it clear that there will be no tolerance for muscle flexing during the panchayat election.”

Suvendu Adhikari, the current leader of the opposition in the state, is a native of the BJP-represented district of Purba Midnapore. Suvendu’s father, Sisir, and younger brother, Dubyendu, both hold one of the district’s two Lok Sabha seats, but they are no longer members of the TMC. Suvendu voted for the BJP.

At his district-wide meetings, he made decisions about the organization’s structure and the method of selecting candidates for the upcoming panchayat election. The panchayat election is expected to take place in December or the first two months of the following year, according to party elders. These get-togethers were part of his larger meetings with each district.

Many people in West Bengal blame the election-related violence on widespread corruption at the panchayat level. On the condition of anonymity, a TMC Lok Sabha MP stated that a violence-free panchayat election is critical for the party’s success in the 2024 Lok Sabha election as it works to recover from the blow of having two of its senior leaders, Partha Chatterjee and Anubrata Mandal, imprisoned on corruption charges.

“A repeat of 2018 would be harakiri for the state’s ruling party,” the lawmaker said. Political observers agreed with this assessment. They anticipate, however, that holding peaceful elections will be difficult.

Local elites who benefit from their positions of power are unlikely to willingly relinquish them, according to Udayan Bandyopadhyay, a columnist and political science professor at Kolkata’s Bangabasi College. Bandyopadhyay is in charge of the political science department at Bangabasi College. “The party has never demonstrated its ability to wield power at the local level.” They should now include the administration in the planning stages if they have the political will to implement a monitoring system. He also stated that “they will have to demonstrate a strong will to succeed.”

He claims that the chances of the opposition parties making significant gains in the upcoming elections are extremely slim in the countryside. Unrestricted voting, on the other hand, will assist the TMC in identifying voter discontent in order to shore it up before the Lok Sabha election. Those who support opposing political parties must be allowed to nominate first. As Bandyopadhyay put it, the second step is to have a peaceful election day.

Partha Pratim Biswas, a construction engineering professor at Jadavpur University, is concerned that the upcoming panchayat election will be marred by violence due to the TMC’s history. He claimed that Abhishek Banerjee had also requested peaceful municipal elections, but that the results, which showed TMC victories of 80-90% in many seats, proved that the election had been rigged. He came to the conclusion that the election had been rigged.

When the public discovered the truth about scandals such as school recruitment, cow smuggling, and coal smuggling, they realized that the lack of political opposition was designed to facilitate unchecked plunder. As a result, Biswas believes the TMC will face stiff competition in this year’s panchayat elections. He also claims that this competition will inevitably lead to an increase in violence, which is inherent in the TMC’s business model.

In a related development, in the run-up to the 2018 rural elections, Chief Minister Mamata Banerjee’s nephew Abhishek adopted a new strategy. Together with Suvendu Adhikari, who was still one of the TMC’s most visible figures at the time, he launched a vigorous campaign encouraging party members to contribute to the creation of a Panchayati Raj system that is impervious to criticism.

Because of the TMC’s use of intimidation and violence in the run-up to the rural elections, only 31,812 of the 48,636 gram panchayat seats and 6,158 of the 9,217 panchayat samiti seats were voted on. Approximately two-thirds of the audience is affected by this. With no opposition, more than three-quarters of the seats were won.

Many voters dissatisfied with the TMC’s performance in 2018 took advantage of the presence of central armed police forces to vote against the TMC. As a result, the TMC’s Lok Sabha representation dropped from 34 in 2014 to 22 this year. Excessive party spending in the panchayat election has been widely blamed for the party’s defeat in the 2019 Lok Sabha election.

Abhishek’s rhetoric shifted following the TMC’s shocking defeat in the 2019 Lok Sabha election, and he has advocated for peaceful elections since 2020. Elections for local offices earlier this year went off without a hitch. The TMC faced little opposition to begin with because the BJP and the Left were unable to recover from their losses in the assembly election.

Following a meeting with Abhishek, a Paschim Bardhaman district leader stated, “It appears that a large number of sitting panchayat members will not be re-elected.” The party has begun to select candidates with good reputations for the upcoming panchayat election.

Abhishek is currently leading the party’s image recovery drive, during which he has stated repeatedly that the party will not tolerate corruption. The party uses the example of its own internal procedures to justify its swift action against a prominent leader like Chatterjee. Some effort has been made to recover images. While Chatterjee has been completely expelled from the party, there has been a significant reshuffle of district and block level leadership across the state, bringing in new faces.

The pradhan of the TMC-run Betai-II gram panchayat vanished on August 6, prompting the filing of a FIR. The Nadia district administration, among other things, took this step. According to the District TMC executive, this demonstrates the party’s commitment to fighting corruption.

In addition, the state government has appointed a new president of the West Bengal Board of Secondary Education. Since 2011, Manik Bhattacharya has held this position. He will be the TMC’s Member of Legislative Assembly after winning the election in 2021. Due to allegations that he was involved in a school recruitment scam, Judge Abhijit Gangopadhyay of the Calcutta High Court fired him on June 20th. Despite the fact that Bhattacharya has challenged the order, the appointment of a new president indicates that the government does not want him back.

Goutam Paul, the newly elected president, told the press, “Everything will take place openly beginning today.” Exams for the Teachers Eligibility Test will be administered once a year, with the results made public and new teachers hired based on these scores.

The party’s strategy, on the other hand, has some flaws. The Trinamool Congress has endorsed Anubrata Mandal, a low-level member of the party’s national executive. Furthermore, the TMC has publicly disavowed Chatterjee, one of the party’s most prominent leaders. West Bengal Chief Minister Mamata Banerjee has openly supported Mamata Mandal and questioned “Ki korechhe Keshto?” (What did Keshto do?) For every Keshto you catch, a thousand more will be born as a result of your efforts.

Banerjee refers to Mandal as Keshto, which conveys a great deal of affection on Banerjee’s part. She claimed that the national offices of the party were preventing Mandal, the district president, from running for reelection. Nothing piqued his interest, and he displayed it (for himself). I offered him a seat in the Rajya Sabha, according to her report, but he declined.

The CBI has announced that it has discovered assets linked to Mandal worth more than one crore rupees. He is currently being held in custody for his involvement in the cow smuggling case.

In addition, in the aftermath of Chatterjee’s arrest, she appointed Udayan Guha, a leader from the Cooch Behar district in north Bengal, to the cabinet. Guha has been accused of using terror to win a by-election in September 2021 with 84% of the vote and to prevent any opposition from participating in the Dinhata municipal election earlier this year. Guha was sworn into the cabinet during her speech.

Nishith Pramanik, the junior minister to Union Home Minister Amit Shah, grew up in Dinhata. This is, indeed, an intriguing fact.

Sujan Chakraborty, a member of the CPI(M) central committee, said in response to the chief minister’s support for Mandal, “It proves what we have long claimed – the share of illegal proceeds reached Kalighat.” The district of Kalighat is home to Bangladesh’s prime minister.

Sougata Roy, a veteran TMC Lok Sabha member, was questioned about the party’s stance on Chatterjee and Mandal. “In Chatterjee’s case, everyone could see (on television) stacks of cash in the possession of his female friend,” she responded. For the time being, the federal agencies’ only evidence against Mandal is conjecture.

Biswanath Chakraborty, a psephologist and professor of political science at Kolkata’s Rabindra Bharati University, predicts that corruption will not be a major factor in the upcoming rural elections.

There was no evidence of corruption in Bengal’s recently concluded elections. Candidates who combine the use of voting machines with physical force are more likely to win election campaigns. Their voting systems have not been compromised. According to my knowledge, the TMC will easily win the panchayat elections. Given the lack of a viable opposition, Chakraborty predicted that “violence in rural polls” would not jeopardize the party’s chances in the upcoming Lok Sabha elections. His point was that there aren’t enough options for people to choose from.

Even in rural polls, Chakraborty believes that communal polarization will be the most important issue. More than a quarter of the state’s population is Muslim, and they continue to be a major source of support for the TMC. They will easily win with the support of Hindu voters who have benefited from state government programs.

The recent organizational overhaul was motivated by Banerjee junior’s desire to set up the TMC for success in his own way, rather than concerns about possible corruption. Abhishek has no one to oppose him now that Chatterjee has fallen out of favor. “He is now molding the organization in his own image,” Chakraborty says. 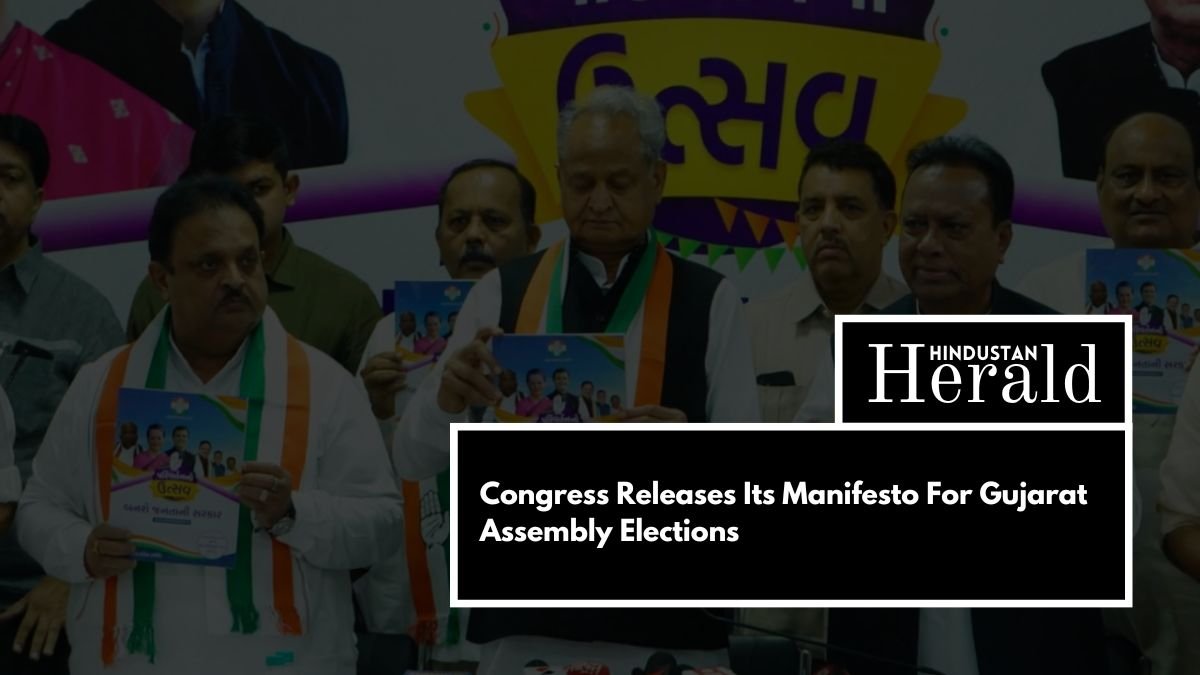